Suggesting the  name of this BJP leader as Defence Minister, he is trying to make powerful cabinet.

READ THE ARTICLE TO GET FULL NEWS.

The person who played important role in making strenght of BJP over the whole nation , AMIT SHAH is now going to take responsibility of Indian Border security also.

Source Says : Amit Shah can be our new Defence Minister.

According to the current position of BJP in Gujarat , it is pre-determined that both candidates will definitely win this battle. Currently , AMIT SHAH is a MLA from SARKHEJ Assembly  seat in Gujarat.

The way in which BJP takes this sudden decision to make Amit Shah as a member of Rajya Sabha election, clears that after winning this seat he will definitely get place in PM MODI’s cabinet.

As per our constitution it is mandatory to be a Rajya Sabha member for getting any Central Ministry , perhaps that’s the reason that Amit Shah suddenly jump into the battle of Rajya Sabha elections.

Media Sources says that the aim of all that planning is to make him Defence Minister.

Media : Pakistan and China become aware after this news.

As we know this India having tensions on both borders , in J&K with PAK and in Sikkim for DOKLAM area with CHINA , so both were taking advantage that there is no specific person appoint for handling the situation, So PM MODI decide to appoint new DEFENCE MINISTER as soon as possible. 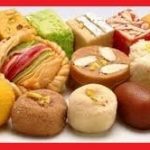